Where do I Find Siamese Cats? 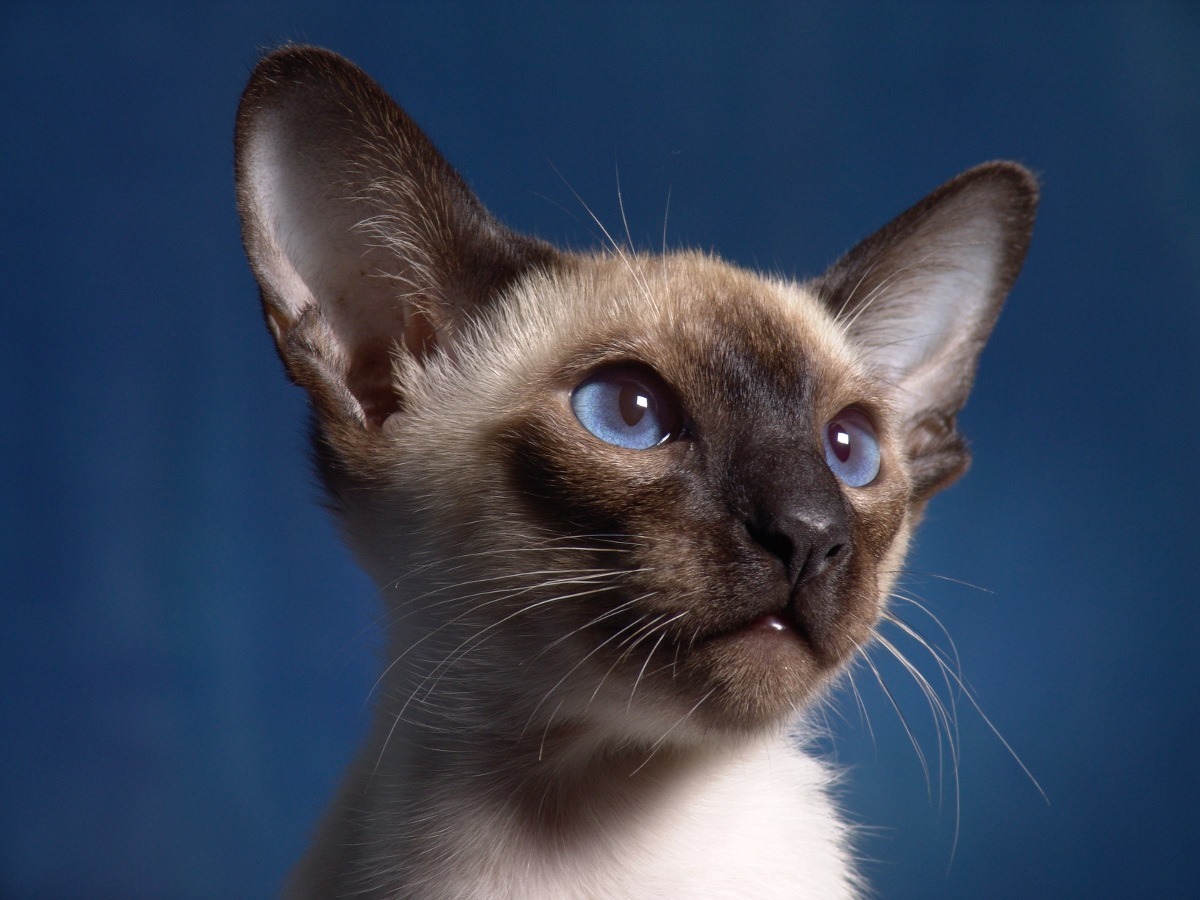 Of all the questions we get asked about Siamese Cats, the most common one is "Where can I get a Siamese?" And we completely understand. Read on to find out how and where you can get a Meezer friend for yourself.

The good news is that there are several places you can search, and the internet makes this so much easier. Word of mouth helps too. Tell your friends and relatives and they can spread the word and help keep a lookout for you.

Sometimes the Cat Finds You

Of course, sometimes you get lucky and the cat finds you; this is what happened for us when Gremlin arrived. We decided we were ready for a kitten and went to our local humane society's adoption event to pick one out. One foster mom had one kitten. This was both their first adoption day AND ours! Within 20 minutes we were home with our new meezer baby.

You Will Find the Right One

Most of the time, however, finding the right cat will take time, persistence, patience, and a bit of luck. The more specific your requirements - age, sex, color, body type, personality - the longer it can take. Your home situation, whether you have small children, other pets, travel, etc., and the distance you are willing, able, and can afford to go to get your new baby will also have an effect. Don't worry! This is not impossible and you will have options. Just be patient and you will find the right one.

Select the tab below for the topic you'd like to explore.

Fortunately, there are several rescues specific to Siamese cats. The largest networks are the Siamese Cat Rescue Center (SCRC) in the US and the Siamese Cat Club Welfare Trust (SCCWT) in the UK. The SCRC operates through a network of foster homes and can help with transport through their volunteer Meezer Rescue Express. They rescue both kittens and adults, but kittens are more rare. Modern Siamese are also more rare than Traditional Siamese. The SCCWT fosters adult cats only and lists these as well as cats from individual owners and cats from other welfare groups or clubs. Most of the cats here are Modern or Classic.

Many of the purebred cat rescues in North America are affiliated with Purebred Cat Breed Rescue (PCBR), originally incorporated under the name of CFA Purebred Rescue, Inc. Many of the Rescuers are cat breeders and are supported by TICA, ACFA, CFA, breeders and exhibitors. Rescued cats are never used nor available for breeding. In addition to providing links to purebred cat rescue organizations, they run a forum where you can post inquiries or find cats to adopt. They also moderate Yahoo! groups, including RescueSiamese. You must send a request to the moderator if you wish to join.

The main website for SCRC is http://www.siameserescue.org/, and from here you can link to the regional centers:

Siamese Cat Rescue Center, based in Virginia and serving much of the Eastern US, Florida, to New Hampshire, to Indiana, to Tennessee

Texas Siamese Rescue, based near Dallas with affiliates in Houston and Abilene

Pacific Siamese Rescue, based in Central and Northern California

**Other Siamese rescue organizations not officially affiliated with SCRC***:

Purrs Abound Siamese Rescue of Michigan, based in Rochester, MI and serving both Michigan and Ohio

Second Hand Siamese, based in Flowery Branch, Georgia, with options for transport

Specialty Purebred Cat Rescue, based in southeastern Wisconsin and serving the Midwest

Purebreds Plus Cat Rescue, based in Northern California and parts of Nevada

Slinky Katz, based in the Northeastern US

The RescueSiamese group on Yahoo is a list you can join

Siamese Rescue, based in Sheffield and are the North of England contact for SCCWT

The Siamese Cat Society of Scotland

***Shelters/Rescue Centers for All Breeds***

There are many animal shelters around the world, too numerous to list individually. Internet searches including keywords "cat," "rescue," plus location, e.g., country, city, state/province, zip code/postcode will show those in your area when you don't know the specific name of the organization or want to see as many options as possible. Most now have accompanying Facebook pages as well. Within the US, if help with transporting your new baby is necessary, the all-volunteer Underground Railroad Rescued Kitty Network (URRKN) may be able to drive some of the distance: Click here or here.

The following is a summary of well-established places to search (Note that while it is common to find siamese mixes at shelters and rescues in the US and Canada, they are almost unheard of at the non-specific cat rescues in the UK, Australia, and New Zealand):

Petfinder, Adopt a Pet, Rescue Me

Petfinder and Adopt a Pet list available cats collected from many shelters and rescue centers. You can search for breed, sex, age, and location. These are the best places to start. Currently, Petfinder is used more extensively and its website is easier to navigate. It includes both the US and Canada. Adopt a Pet will list some animals not found on Petfinder, but in total not as many. It is limited to the US.

Rescue Me also collects multiple listings. You can narrow down by breed, then see how many cats have been listed - theoretically in any country in the world. However, the four main countries served are Australia, Canada, UK, and US. Even here there are relatively few listings, but it is still worth checking.

The first humane societies were founded in the United Kingdom, with the Royal Society for the Prevention of Cruelty to Animals (RSPCA) in 1824. You can search their website for cats in various locations around the UK.

The Scottish SCPCA website lets you search locations around Scotland.

The main Cats Protection website allows you to link to branches around the country. Once you have chosen a branch, you can search their individual lists of available cats.

In the United States, most counties, cities, and towns have shelters run by local government departments of animal care and control. There are also privately run shelters and rescues, many of which provide care through fosters; local humane societies are perhaps the best known.

The ASPCA (American Society for the Prevention of Cruelty to Animals) runs an adoption center in New York City. You can search the available cats through them. They also have a link that allows you to search for adoptable cats from your local shelter by entering the zip code, plus breed, age, sex, and distance preferences.

SPCAs can be found in all provinces. And, as in the US, there are many privately run rescues.

Australia has a nationwide database for homeless pets at PetRescue. You can search the Rescue Directory for adoptable cats at organizations in each state by clicking here.

New Zealand also has a nationwide database for lost, found and adoptable pets at www.petsonthenet.co.nz . This is a central place to search the SPCA or RSPCA Directory, Animal Control/ Pound Directory, and Breed Rescue or Other Shelter. You can also search the pet directory for listings of cats to adopt from organizations throughout the country.

There are many reputable breeders of Siamese cats who sell kittens as well as retired adults. An internet search using keywords, "siamese," "cat," "breeder," and location will give some results, but not all. You can also specify modern or traditional type in your search, but this may narrow the results too much. Advertisments at online classifieds sites will also come up in the search. It will always be important to verify that these are reputable breeders registered with one or more of the major cat fancy associations. Cat fancy associations often will list breeders, and it helps to search as many as possible. Some examples:

The Cat Fanciers' Association has a searchable directory of breeders throughout the world, though at the time of this writing there were results only for the US. The International Cat Association also has a small list of breeders for Siamese and Thai cats in the US. However, the associations do not make any guarantees about the breeding and business practices of those listed and recommend due diligence. You can also review disciplinary suspensions from CFA and GCCF.

In New Zealand, the New Zealand Cat Fancy lists their accredited Siamese catteries as well as kittens for sale.

The Fanciers Breeder Referral List (FBRL) is a directory of breeders of pedigreed cats, primarily in the US and Canada. Their list for Siamese breeders is large, but not all inclusive. They also provide lists for available retired adults & litter and announcements

). As with the associations, FBRL cannot guarantee that information is up to date, and, while they will take complaints under advisement, they have strict guidelines for the complaint and discplinary process and in their words are "not the cat police."

Aside from searching for websites directly, you can often find postings by breeders of Siamese cats for sale at ebay and Oodle Marketplace in the US, Gumtree in Australia, and Trade Me in New Zealand. Once again, thorough due diligence is necessary in order to avoid supporting kitten mills!

We hope this resource helps you find the kitty you're looking for! There are lots of options and it will probably take some leg work to find the Siamese who is right for you, but take it from us that it's well worth it!