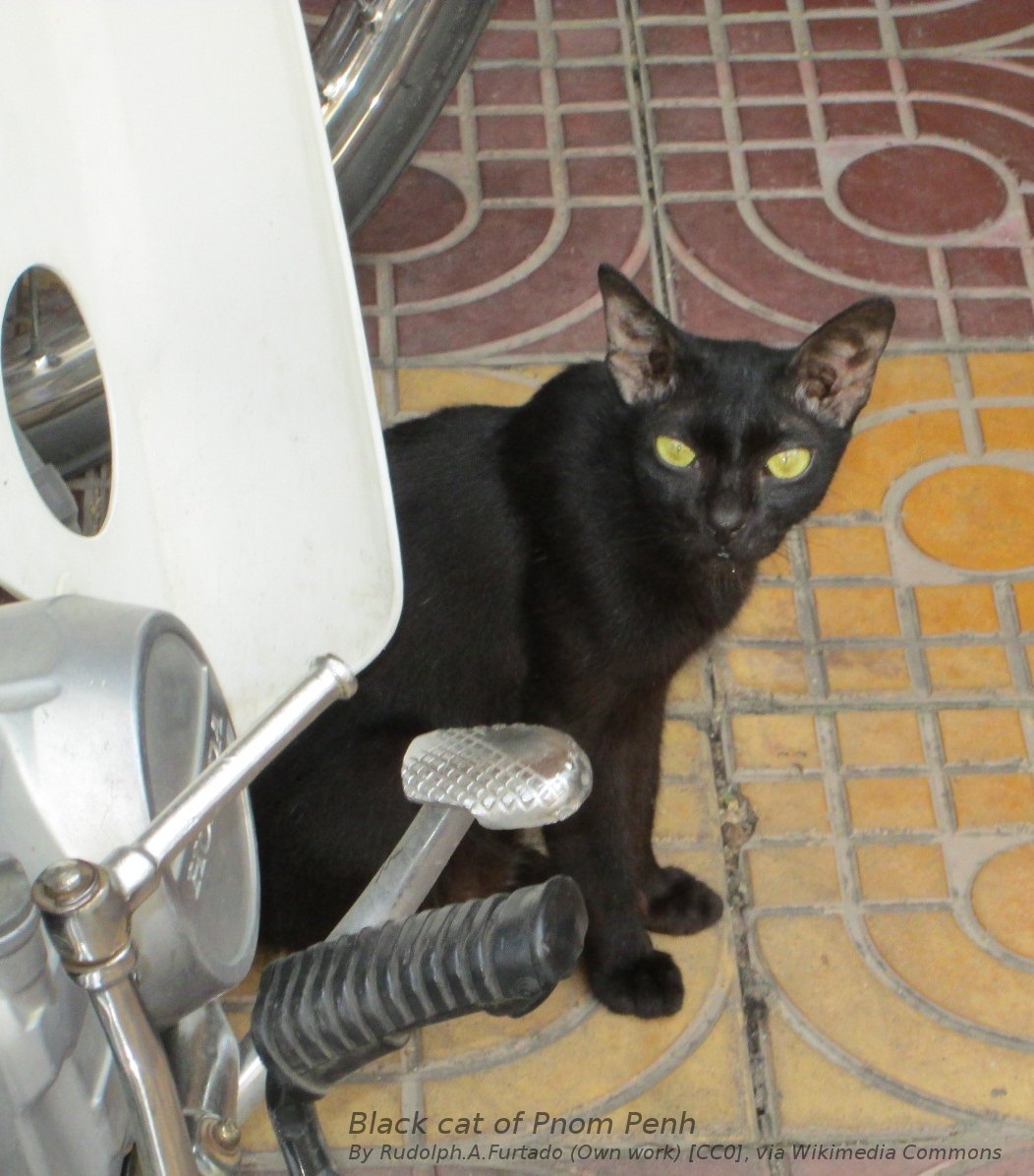 The Black Cat is surprisingly a very controversial figure! Depending on where or when in the world you are, she can be good OR bad luck. Egyptians kept cats as cherished pets and worshipped Bastet, cat-goddess of warfare, divine mother, and protector for Lower Egypt. However, by the time of the Middle Ages in Europe, black cats were believed to be the evil familiars of witches and were often killed. Superstitions surrounding black cats, both good and bad, still abound today. In Britain and Japan, when a black cat crosses your path it is good luck, but if you live in the United States or several European countries, this is bad luck.

It was the bad luck superstitions in the U.S. that inspired Wayne Morris to create Black Cat Appreciation Day. He chose August 17 for the day his beloved sister passed away to honor both she and the black cat that she loved. Because so many people still believe that black cats are unlucky and evil, they are often the last to be adopted from animal shelters and the first to be put to sleep. Morris created For the Love of Black Cats (Black Cat Appreciation Page) “to bring awareness to the world about the joy of living with a black cat, to dispel myths about black cats, and to help black cats across the globe get out of shelters alive.” Many animal shelters now hold special adoption days for black kitties every year on August 17.  So go check out your local shelter if you’re looking for a new addition to your family!

What is a Black Cat?

Of course, black cats are just the same as other cats, but with solid black fur coats! The solid color comes from recessive genes that mask the tabby stripes underneath, so in some ways you can think of a black cat as a tabby in disguise 🙂 Many breeds of cats can be black in color–the Bombay is the best known, but most notably for our Siamese Cat Spot are the Oriental Shorthair and Oriental Longhair. Ebony Orientals are even sometimes called “Black Siamese.” 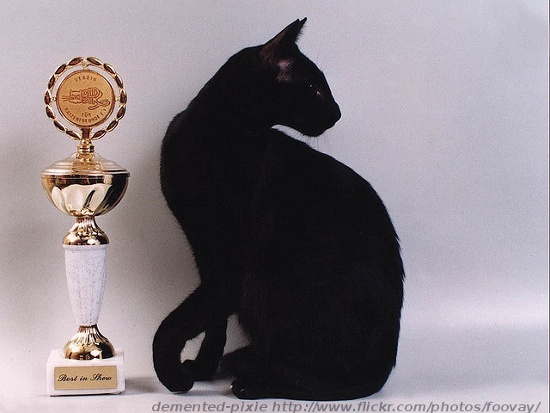 Except for one genetic difference, a Seal Point Siamese is actually a black cat! The point pattern comes from a mutation of the gene that gives cats their color and is temperature sensitive. This means that cool parts of the body turn dark but warm parts stay lighter. If not for this mutation, the seal point cat would be a solid black color! 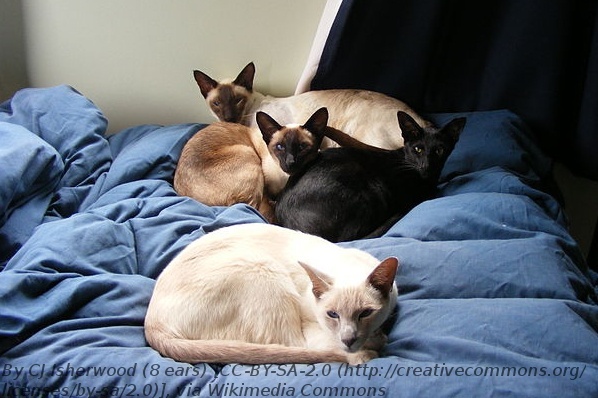